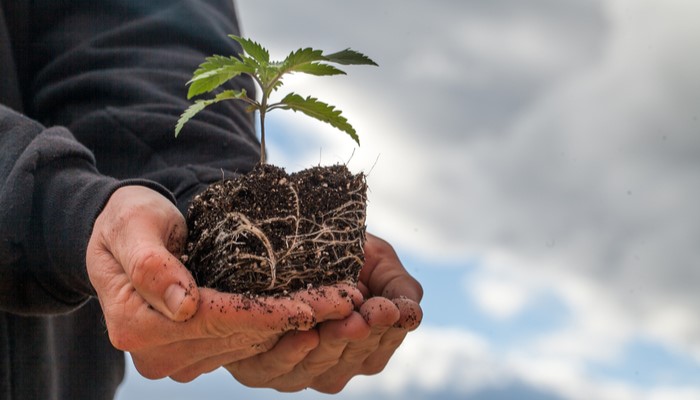 Because of hemp’s prevalence in human society as being a multi-purpose crop used for food, fiber, and medicine, it’s origins have always been a subject of interest.

Common knowledge stated that cannabis plants, hemp included, originated from Asia. According to a 2019 study, the plant’s origins have been safely traced back to the Tibetan Plateau almost 28 million years ago. At around this time, cannabis plants diverged from the Humulus genus (hops) – one of the key ingredients in beer. But due to their close relation and similarity in seeds, it is difficult for scientists and archeologists to pinpoint the exact origins of hemp until now.

The scarcity of plant fossils also didn’t help the situation. John M. McPartland, an author of the study mentioned above, said that “Despite a voluminous literature emerging in the last three decades, the classification of cannabis and its center of origin remains under debate.”

The researchers overcame the problem by collating the entire database of existing fossil pollen studies, helping them identify ancient records of the plant across Asia and other regions. By also using precise geographic coordinates and Google Earth, where needed, the research eventually brought them to the Tibetan Plateau. “These data converge on the northeastern Tibetan Plateau, which we deduce as the cannabis center of origin, in the general vicinity of Qinghai Lake,” said the team.

Hemp Spreading Through the Old and New Worlds

From Tibet, cannabis plants slowly made their way into present-day Russia and Europe roughly 6 million years ago, while moving eastwards into China some 1.2 million years ago. This transition has made it possible for humanity to take advantage of the plant’s many uses as soon as the First Agricultural Revolution started in Eurasia.

In fact, hemp is considered to be the oldest example of human industry. China appears to have the longest, continuous hemp cultivation of over 6,000 years. They were also the first to introduce hemp in the paper-making process around 150 BCE. In Europe, Russia, France, Spain, and others have been growing hemp for centuries. Hemp-based remedies on both continents are known to have been in existence since at least 150 BCE.

With the arrival of the Europeans in the Western Hemisphere, hemp found a new home. In Canada, hemp was the first crop to be subsidized by the government and played an incredibly major role in the development of post-colonial North America.

During the Middle Ages and up until the early 20th century, hemp played a crucial socio-economic role, supplying much of the need for both food and fiber. Hemp rope, for instance, was three times stronger than cotton rope and more resistant to salt water. The word canvas literally translates to “made of hemp.” And by the 1920s, roughly 80% of clothing was made from hemp.

Its decline, however, began with the invention of the mechanical cotton gin in the late 18th century and with the appearance of petroleum-based synthetic textiles during the 1930s. In 1937 and under the influence of the lobbying of synthetic textile companies and others, the US Government banned all hemp production. Canada followed suit one year later.

It would take more than eighty years, in 2018, when hemp became legal again in the United States, retaking its rightful place as a driving force of the economy. If you want to learn more about the benefits of hemp and hemp-based products, please feel free to visit the Root Origins website, follow us on social media or email us at info@rootorigins.com.