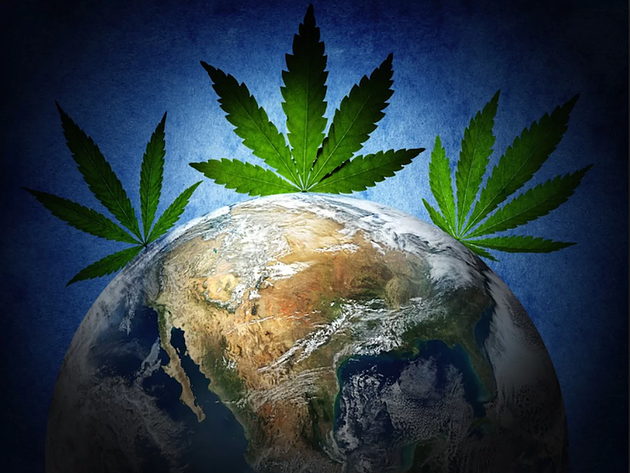 The chief problem is the lack of research. Only Israel funds and promotes scholarly work in understanding the positive and negative effects of marijuana use. Yet, even Israel bans sale, possession and use.

The lack of data leaves the world to make decisions on the legalization of marijuana to myth, anecdote and social moods. According to CNN’s Meera Senthilingam, “The jury is out on recreational use,” but it’s “hard to knock [the] medicinal benefits.” Still, the global adoption of legalized marijuana is occurring with glacial pain. With that in mind, it’s time to look at the countries friendly to medical marijuana users.

Argentina: Reuters reported on March 29, 2017 that, “Argentina gave final legislative approval on Wednesday to a bill legalizing cannabis oil for medicinal use and permitting the federal government to grow marijuana for research and therapeutic purposes.”

Australia: Last year, Australia legalized medical marijuana use for citizens with chronic and painful problems with products imported from other producing countries. Early this year, the government encouraged domestic cultivation. They’ve also been encouraging approved businesses to import, distribute and sell the medicine until domestic growers catch up.

Belgium: Despite the reputed easy availability of all drugs in Belgium, they permit personal possession of up to 3 grams and cultivation of only one plant.

Cambodia: Marijuana use is fairly common in the country. Possession, use, sale and cultivation have been decriminalized. But, you might not want to break any laws in Cambodia.

Canada: The Trudeau government is working on the nationwide legalization of marijuana for personal use in 2017. But, medicinal marijuana has been available with increasing freedom since 1999. Originally limited to dry cannabis, the law and Health Canada now embraces licensed and inspected producers to grow and sell cannabis oil, fresh marijuana buds and leaves, as well as dried marijuana. And, it lets authorized users possess and alter different forms of cannabis.

Chile: The possession and cultivation of recreational marijuana is illegal in Chile with the curious exception that people can use in groups thereby promoting the growth of smoking clubs. But, Chilean law allows medical patients freedom to use cannabis without negative repercussions. Medicinal cannabis derivatives are available at pharmacies and Chile is rushing to expand its medical marijuana farms.

Columbia: The government not only permits the use of medical marijuana, but it also supports the expansion of foreign investments in now heavily regulated farming, producing and exporting cannabis derivatives for medicinal use worldwide.

Costa Rica: The possession and cultivation of marijuana has been decriminalized and usage is reportedly high throughout the country. But, it’s only starting to clarify possession, distribution and use of marijuana for medical purposes.

Czech Republic: You can possess a small amount of marijuana without penalty. As well, you can sell, transport and grow marijuana for medicinal use.

Denmark: In a country that’s a supposed haven for drug users, drugs of all sorts are prohibited in possession, use, sale, transport and cultivation. Violations of drug laws are punishable by imprisonment. But, Freetown Christiana is an area happily notorious for its easy access to marijuana.

Germany: Effective March 2017, German doctors can prescribe cannabis or cannabis-derivatives to alleviate pain and symptoms of listed diseases and health conditions. CNN reported that Hermann Gröhe, the Federal Health Minister, said in a statement that, “costs of using cannabis for medicinal purposes will be met by the health insurance companies of the critically ill, if no other form of treatment is effective.”

India: Marijuana is illegal in India with the significant exception of key states with large populations: West Bengal, Gujarat, Bihar, Odisha and the North East. This effectively makes weed available throughout the country.

Ireland: As of February 2017, cannabis will be available to patients who have severe medical conditions that are not responding to pharmaceutical treatments. It passed with considerable resistance and its effectiveness will be monitored for five years.

Israel: It’s legal to possess, sell, transport and grow medical marijuana for personal use. Recreational use remains prohibited. But, the University of Jerusalem conducts the most notable research going on in the world.

Italy: It is illegal to carry, sell or grow marijuana in Italy. But, possession of small amounts is only a misdemeanor if it’s for medical or religious use.

Jamaica: Users may hold up to 2 ounces of weed and residents can grow as much as they want without restriction.

Macedonia: Here’s a country that has decriminalized the use and sale of marijuana for medical use only.

Malta: Doctors are permitted to prescribe medical marijuana. Residents can grow weed without fear of criminal penalty. The government has also decriminalized holding up to 3.5 grams.

Mexico: It’s legal to hold and grow marijuana for medical and scientific purposes only. It is illegal but decriminalized for other purposes. Sale and transport are still prohibited.

Netherlands: They have decriminalized possession of up to 5 grams for recreational use in public or their unique “coffeeshops.” Sale in those shops goes on without penalty, but transport remains illegal (if unenforced). And, growing up to five plants without fear is a part of their norm. With this kind of freedom, there’s no need for rules on medicinal marijuana.

Paraguay: Paraguayans can possess up to 10 grams for personal use.

Peru: Peruvians get to hold up to 8 grams.

Philippines: HB 180 has been passed in the House and forwarded to a technical review committee. It’ll likely end up on the desk of President Duterte who has previously expressed approval for the role of medical marijuana in treating health problems. But, this is the same President responsible for a relentless campaign to expunge drugs and drug dealers from the island nation. In fact, HB 180 was passed just one day after the same congress approved reinstatement of the death penalty for drug crimes.

Poland: Poland has decriminalized possession and sale for medical purposes only.

Russia: People may possess and carry up to 6 ounces with only administrative penalties. And, individuals may grow up to 20 plants.

Slovenia: They’ve decriminalized possession and regulated cultivation according to THC and CBD content. They’re the only place to do that.

South Africa: Possession and cultivation of marijuana are legal in South Africa.

Spain: With a jumble of regulations, the government has decriminalized use, sale, transport and growth of cannabis. It does not specifically address medical use, but use and possession are so broadly tolerated, it presents few problems.

Switzerland: People can hold 10 grams or less without a fine.

Turkey: Marijuana is illegal unless the possession and cultivation are for medical and scientific purposes. Given the volatility of Turkey’s government and the severe prison penalties, it wouldn’t be the best time to test their tolerance.

Ukraine: The government has decriminalized possession and transport of up to 5 ounces and the cultivation of up to 10 plants.

Uruguay: The country has fully decriminalized cannabis, but it’s also stockpiling marijuana because, beginning in July, citizens and permanent residents over 18 and enrolled in a national registry will be able to buy marijuana for medical purposes at local pharmacies. According to dw.com, “When pharmacies first start selling marijuana, users can only purchase it in 5-gram containers at $1.30 (1.22 euros) per gram. Foreigners will not be allowed to purchase marijuana from pharmacies in Uruguay.”

U.S. Virgin Islands: Possession of amounts to 1 ounce has been decriminalized.

This sampling of countries sends the message pretty clearly that the perceptions of medical marijuana are rapidly changing. The United States had been approving the use of medical marijuana state by state with considerable speed until the election of President Donald Trump. With President Trump’s appointment of Attorney General Jeff Sessions things appear to have changed, as he seems predisposed to remove federal protections from the proliferation of respective state decisions.

The Growth of Hemp Farming in America

What do Hemp Farmers Need to Know About Seeds and Soil?

4 Ways For The Body To Absorb CBD