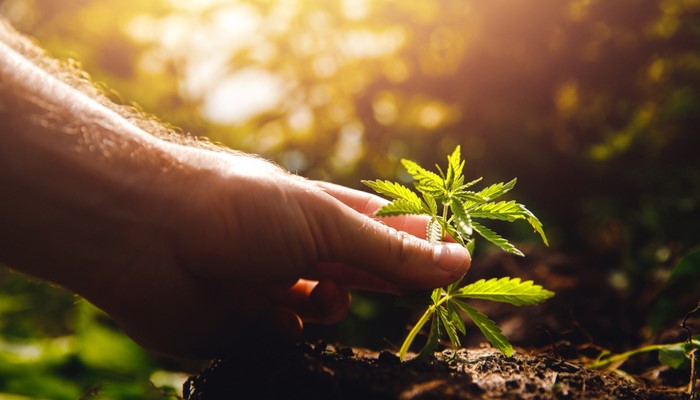 With the Agriculture Improvement Act (Farm Bill) of 2018 signed into law, hemp is now again available for cultivation. Early hemp adopters such as Oregon, Kentucky, or Colorado, which began cultivating hemp, as part of various pilot programs, are now quickly ramping up production.

But even though the acreage has increased dramatically over the past couple of years, experts say that production will not be nearly as high. The reason for this has a lot to do with the seeds, soils, and regulations that apply to the CBD industry. And there are many horror stories already coming out from the 2019 harvest with fields rotting, pollinating to males, hail destruction and more. Some estimates say over 50% of the increase in acreage this year will never make it to market due to failed crops and poor planning from new farmers looking to cash in quick but who lack the expertise and knowledge to grow and harvest their hemp crop.

As Mike Leago, Founder of the International Hemp Exchange, and Jon Workman, VP of Hemp Development in North America for American Cannabis Company puts it “Farmers were duped into buying seeds with supposed high-CBD genetics, but ended up growing a grain variety of hemp,”

What You Need to Know About Hemp Seeds

As a hemp farmer, choosing the right seeds is of the utmost importance. Leago advises hemp farmers to pay close attention when purchasing these seeds, as there is a lot of misinformation currently circulating on the market. There are plenty of brokers and middle-men who are willing to say anything for some short-term gains. It’s for this reason why hemp farmers need to do their due diligence in finding a seed provider, with a minimum of several seasons of verified seed production.

Another factor to keep in mind here is THC. There are two derivatives of THC (delta 9 and THCA) where the former has psychoactive effects while the former doesn’t. Some jurisdictions monitor for zero THC. Cross-pollination can ensure that the seeds and plant will fall within the required parameters. In short, female hemp plants, which are secreted for CBD oil, need to be genetically correct to pass regulations imposed by the State. In some cases, these plants cannot be shipped across States due to their THC content.

What You Need to Know About the Soil

Being a bioaccumulator, hemp will absorb heavy metals and toxins found in the soil. The quality of the ground, itself, should be tested beforehand. Similarly, pulling out essential minerals creates cells which help hold water and has rich dark soil. The soil will significantly influence the outcome of the plants.

Also, some hemp seeds are specially engineered to thrive in certain climates and microclimates such as Napa Valley, or the so-called Green Triangle, for instance, while others are better suited for more arid, desert-like climates.

Some known hemp seed production farms are found in Colorado, Kentucky, and North Carolina. Root Origins sources its seeds in Oregon, where the quality of the soil is greatly enriched with nutrients and nitrogen from the Pacific Northwest region. For more information, email us at info@rootorigins.com.

THC vs CBD, What’s the Difference

Benefits of CBD to Women